News from an unidentified source told Coast News today of the rise in cases along the border of an obscure illness.
Doctors there are having difficulties treating the sickness due to the aggressive and violent behavior exhibited as a symptom.
The National Health Agency is reportedly beginning work on a cure.

Government agencies are currently reacting to a data breach of information regarding the nation’s ICBM and orbital weaponry.
The leaked information was posted on the popular confidential information leak site, epn.AuroraLeaks.net
The report can be found here, though much of the information is redacted.
NationStates | The Free Land of Emberwood Coast | Factbook

The hacker describes themselves as a “whistleblower” “acting in the best interests of their nation.”
Tell us what you think of this story on social media.

More on this story as it develops.

A region-wide shakeup of power is underway as varying factions work to overhaul the East Pacifican outreach. In a press conference earlier today, President Poole spoke for the changes, saying that the renewed leadership would “bring prosperity to all nations, not only here but across all of Urth.”

Our foreign political correspondent has more on what these changes will mean for the Coast. Kim, over to you…

A government-subsidized research lab has recently developed an invention that is catching some eyes in the defense, and animal rights communities.
“We call it: A laser bat. The animal was already almost blind to begin with, so we fitted the eye sockets with compact laser cannons for assassinations.”
Neither the Advancement department nor the Defense department has not yet issued a statement on the situation, but is expected to pull funding and denounce the project. No word yet on why anyone thought this was a good idea to start with.

In other news, a Noble Prize award was won by Emberwood Coast’s own Adichie Ngozi. We now go to Laura with more on the story…

The U.S.S. Rose launched today to resupply Myriad Station. Six Astronauts are aboard, and will return to Urth in eight days.

Also in the news; The hit new reboot of “The Y-Files” is out now on CBA. The ratings are off the charts…

The Government Accountability Office released its report on government spending today. Those who are interested can find the full report Emberwood Coast Budget - Google Tabellen.

In other news, Coast native and Lupine rights activist Cherry Hadashay was elected to be junior officer of the Global Cartography Initiative. Here’s Kim with more…

You may remember this network’s report on an obscure illness a few weeks ago.

Doctors there are having difficulties treating the sickness due to the aggressive and violent behavior exhibited as a symptom.

Work on a cure has not yet finished, but cases have been steadily increasing since our first story, and the Secretary of Health has been pushing for more funding to look for a cure.

Also in the news, the Air Force Marathon began today in Portside. Here’s Laura at the finish line…

Reanimation victims are terrorizing neighboring nations. Residents are asked to refrain from leaving the nation for any reason, and to exercise extreme caution with suspicious individuals. The Assembly recently allocated more funding to find a cure.

Over to Sammy with the chaos in neighboring Quartz Fern Coast. Sam, what is it like over there? 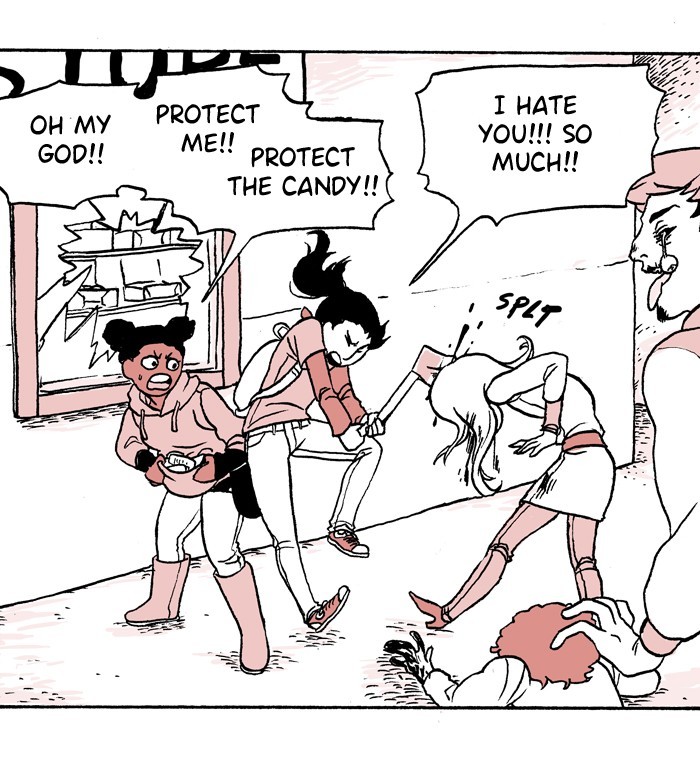 New tonight, the Aura Port Authority has commented on the shipwreck found on the bottom of Liara Bay.

“We don’t know the origin of the vessel, but we will have scientific teams looking into this going forward.”

Reports of treasure chests aboard the sunken Galleon have not been verified, but divers are believed to have found numerous gold currencies of unknown origins, as well as vulpine and human skeletal remains of what were probably the crew.

Also in the news, particle physicists have detected strange echoes they say originated in a parallel universe. Among the signals are radio waves, seemingly indicating that our nation was overrun by the undead! Sure glad we’re safe here, huh Pat?
Haha, of course! We’ll let you hear for yourself, http://s2.zetaboards.com/The_East_Pacific/topic/7002497/[edit_reason]Changed to Liara Bay[/edit_reason]

Just in, word that there is an active shooter situation in Miriam. We go to Laura with the latest…

Thank you Kim. Now, it would appear that the entire incident was started by this backfiring tractor, and that there were no shots fired, but just look at the national outpouring of support…

The U.S.S. Rose’s eleven day mission came to an end today, as it touched down at Stonewall Aerospace Center as planned.

The mission was one of two final resupplies before Myriad Station is scheduled to begin producing its own supplies. We go to Johnathan with a look at what that means for the future of space travel.

Let’s say hi to Kim, who’s outside the studio at a popular little hot dog stand. Kim, how’s it going over there?

This year’s PRIDE Festival kicked off today in downtown Aura. The nation’s citizens are gathering for a parade and other activities to show their solidarity as sentient people.

We go to Patricia with more on the preparations for today’s parade. Patricia?

All the rage in the East Pacific are new emblems, available now http://auroramaps.tumblr.com/post/153286936375/some-lil-100x26-emblems-for-any-tepers-out-there.

We’ll go to Laura with more on this. Laura, how do they look?

Update tonight on the SEPCF’s actions to blockade the terrorist nation Tripartite State. The official press release from Cantaz states that the Fire Pact has promised to “not comply with the embargo.”

We now go live to Minh, aboard the U.N.V. Cygnus. Minh, I understand you’ve spoken with the captain?

Myriad station was destroyed last night when a Fire Pact station fired a weapon at the reactor, spreading debris over half the orbital sphere of the Urth. Operations by the U.S.V. Endeavor to retrieve imperiled astronauts on space stations are underway, the ship was reportedly reinforced with plating from Autumn Station.

Capping off a year of celebrity deaths, this Space Wars star will not soon be forgotten by the people of Urth. May she rest in peace.

An update on our emblems tonight! http://i.imgur.com/GTbdJ2m.png
This and many like it can be found here! http://imgur.com/a/poion

…“To international news now, crew rosters have been announced for the ESV Belladonna and Reliant. Heading the most recent launch of the Horizon-class shuttles is noted Fleet Admiral California Alistair, who will command the Belladonna with Cmdr. November Rose. The launch date is yet to be set, but the cargo is said to be Life Support modules for a newly refitted South Hills space station.”

“Good luck to them. I dunno if I could handle one of those shuttles, you know, I get sick just riding those carnival roller coasters!”

“Ha ha, same for me. We’ll be right back with the weather, after this.”