I guess I’m NK for today. 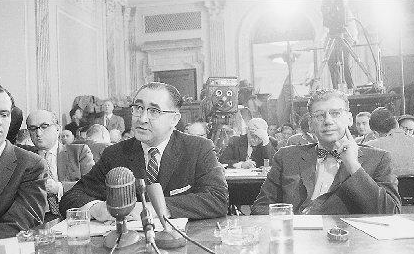 COURTHOUSE, THE NORTH PACIFIC – The trial of Ravania, a UDL lieutenant accused of espionage and treason against The North Pacific, continues this week and has entered into the evidence discovery phase. The charges arose out of an incident during the raid of Warhammer 40000, an operation in which the North Pacific Army (NPA) was assisting the raider delegate against the UDL. Ravania, at the time an NPA member, provided internal NPA documents discussing the operation to the UDL. Information contained in these documents was later allegedly used by Unibot in an attempt to manipulate TNP’s Regional Assembly into withdrawing the NPA, in order to simplify the UDL’s liberation attempts. After two days of secrecy on the part of the UDL, the leak only came to light after UDL Lieutenant and TNP Administrator and former Delegate Eluvatar, loyal to his home region of TNP, disclosed the matter to NPA leadership. At this point, the UDL’s spin cycle kicked into overdrive as they handed out minor punishments to all involved and promised full cooperation, while The North Pacific began an investigation which has thus far resulted in the indictment against Ravania.

Following the disclosure of this matter to the NPA, Ravania’s actions were investigated and he was dismissed from the NPA. Shortly thereafter, the Attorney General of The North Pacific, Gaspo, assisted by Deputy Attorney General Belschaft, filed charges of Treason and Espionage, which were accepted by the Court and have proceeded to trial. In response to the charges, Ravania secured Malashaan as counsel and entered a plea of “not guilty” to the espionage and treason charges lodged against him. Malashaan subsequently attempted to have the charges dismissed, arguing that Ravania couldn’t be guilty of espionage, because the private information from TNP’s forums was not sufficiently material, and because its disclosure was a form of protected speech. TNP Attorney General Gaspo objected, arguing that free speech does not extend to the speech of others, and that an individual does not automatically have a right to disclose something, simply because they have access to it. The motions to dismiss were denied by Chief Justice Abbey Anumia, who found the defense’s arguments unpersuasive.

With the trial proceeding to the Discovery stage, in which evidence is uncovered and submitted to the Court, a startling revelation came to light today, in the form of the log from an internal UDL officer channel that was submitted as evidence by the prosecution. The log contains evidence of UDL Lieutenant Mahaj soliciting a more complete disclosure of the thread, in the form of screenshots, than the simple copy-paste provided initially by Ravania. This directly contradicts previous statements from both Ravania and the UDL, which claimed that at no point did the UDL (or, presumably, any of its senior officers) actively solicit or request information from Ravania. “UDL has never asked me to give any intel on operations of a foreign military I am part of,” Ravania said in a public statement in which he resigned his TNP citizenship.

In his announcement entitled “In Regards to the North Pacific’s Investigation,” Unibot echoed this claim when he said, “It should be clear that we did not order this action; Lieutenant Ravania [leaked private NPA information] under his free-will.” A slightly shortened version of the logs, provided below, demonstrates the contradiction between the UDL’s statements, and the way the events actually played out. The full version can be found here. The only elements which have been removed from the copy submitted to the Court, are off-topic discussions unrelated to the matter. The crucial commentary from Mahaj comes at 05:55PM.

While the UDL has repeatedly claimed that it is fully cooperating with the investigation of The North Pacific, it has yet to publicly produce any chat logs beyond that admitted to the Court. No record of any discussions regarding the leaked documents, at any point over the two days between the leak and its public disclosure, has been made public. The Office of the Attorney General of The North Pacific declined to comment, citing a policy of refraining from comment on confidential details of ongoing investigations.

Written by Milograd
The Pacific Press: A Newspaper with Issues
Proudly Part of PNN