TILLANI - Three terrorists with bomb vests walked into Debalako Market in western Tillani and detonated them during peak hours, slaughtering 102 innocents and wounding another 324. Among the dead include many women and children, as well as a large number of Abakamoso National Army soldiers. Several Matamban citizens were wounded.

No group has claimed the attack, though Abakamosoan officials suspect the attackers were members of the Abakamoso Republican Front (ARS), the terrorist organization that has been targeting civilians since early 2011. The National Police have arrested several suspected ARS members in connection with this horrific attack.

President Dagmawi Melaku condemned the attack and ordered an increased police presence in marketplaces across the country. He also called for renewed offenses against ARS controlled villages and towns in the Abakamosoan countryside.

In retaliation for the deaths of so many civilians and military personnel, the People’s Air Force dropped bombs on ARS encampments in the surrounding areas of D’hana Ozak. The former capital has been a stronghold of the ARS since the first attacks began.

Matamba swiftly condemned the attacks as well, and has pledged military assistance to help fight terrorism across Abakamoso. 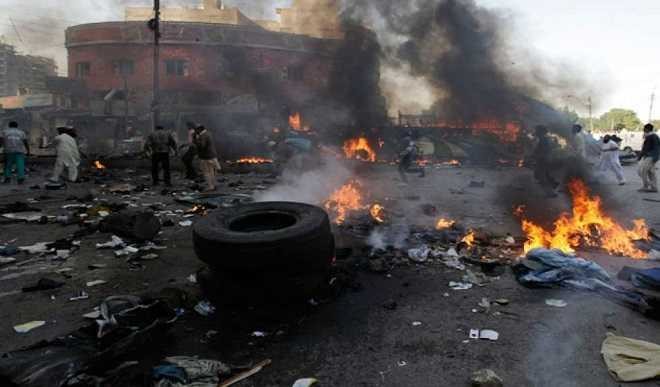 The bombs were detonated at peak business hours in the market, causing massive loss of human life.

D’HANA OZAK - The Abakamoso People’s Army seized a stockpile full of hundreds of weapons from the ARS terror organization in an attack on a base near D’hana Ozak. The Ministry of Defense has reported many of the arms seized were stolen from government stockpiles some years ago, while others seemed to be recently brought into the country. The government is investigating their country of origin, and whether the origin country could be supporting the traitors.

The attack on the D’hana Ozak camp resulted in the deaths of 27 terrorists and the arrests of another 60, while the People’s Army suffered minimal losses thanks to their superior training and tactics.

President Melaku praised the brave attack on the terrorist camp in a statement released by the government soon after victory was declared. He also stated that the judiciary will have its chance to punish those arrested, and the High Prosecutor has already declared each terrorist arrested will be facing at least treason charges.

The Abakamoso Republican Front demanded the release of those arrested, or “serious consequences” will follow. 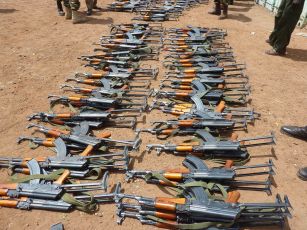 Some of the weapons were previously stolen from government stockpiles. 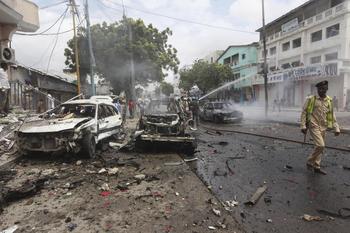 A suicide bomber targeted President Melaku’s motorcade as it traveled to nearby Berehanu Army Base. Ten police officers and two staffers were killed while
Vice President Gorfu was wounded. President Melaku is unhurt.

TILLANI - Two terrorists from the Abakamoso Republican Front detonated suicide vests after throwing grenades at the motorcade of President Melaku as he and Vice President Gorfu traveled to Berehanu Army Base to attend an awards ceremony and memorial service for those who served in the Abakamoso Independence War, which came to a close 40 years ago tomorrow.

Twelve patriots were killed in the blasts, including ten police officers who gave their lives to defend Abakamoso’s leaders. Two staffers were also killed when their vehicle was hit by shrapnel from one of the police vehicles that exploded. Vice President Gorfu was also wounded, receiving shrapnel to his right leg. He is in stable condition and will survive his injuries, according to his personal physician. President Melaku was unhurt by the attempt on his life, and bravely assisted several wounded individuals before being rushed away by the Presidential Security Service.

No arrests were made on the scene, though the Presidential Security Service launched several raids on homes near the motorcade’s route to search for collaborators and other terrorists. Ten people are currently in custody for their potential role in the attempt on the President and Vice President’s life. They face death if found guilty.