In Rebuttal To Unibot - The Preeminent Userite of Our Time

Beaming hot light across our world
In the hungry pursuit of his enemies
As satellite towers established
In my realm, aplenty
-A Userite Irony 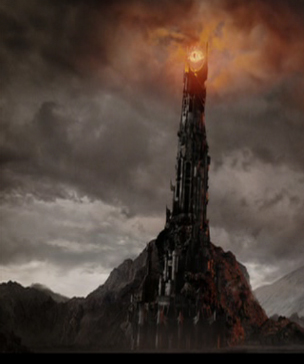 The UDL HQ, topped by Eluvatar’s Ray of Justice. I would know, I was there

I. Political Decay and the folly of Influence.

II. The United Defenders League  The Crime of Supra-regionalism

III. The Enemy Incarnate  The Sinner Krulltopia and Francoist Corruption

any moment might be our last. Everything is more beautiful because we’re doomed. You will never be lovelier than you are now, and we will never be here again.

Nothing lasts forever. This truth is manifest in nature, in the mortality of our planet and star, and in our very selves. Political institutions and regimes are similarly doomed. Political Decay refers to this particular form of mortality, as political systems hostage to aging influences lose power or relevance in the face of new realities.

Political Decay is often recognized in NationStates when looking at the feeders. The Pacific, once home to legends, is now but a shell of its former self. It is devoid of purpose, relevance, and has lost the ability to project power beyond its borders.

And yet, the construct of Influence has made Krulltopia stronger as the Pacific has gotten weaker. This is an unnatural aberration, flying in the face of the universal truism of mortality. Influence is self-reinforcing. Krulltopias high amount allows him to enforce a stringent endorsement cap, thereby furthering his attainment of influence vis-à-vis potential competitors. This influence gain reflects neither effort on his part nor the support of his residents, who are prisoners in political darkness.

In keeping the gates shut, logging in, and running an endorsement scannerKrulltopia grants himself immortality. This is the folly of Influence. It reflects neither natural nor political reality, in a world supposedly created to simulate the world of nation states.

Influence has allowed the East Pacific to exist with minimal activity, under the control of the same individuals that existed when I first entered GCR politics.

Similarly, Influence has contributed to the de-politicization of the GCRs. Security is not handled by young, political adherents but by apolitical, longstanding members whose function is to simply horde influence as a check against any and all new realities. This system discourages rather than encourages outreach.

What a Francoist shares with his doctrinal Raider cousins is an understanding of the Virtue of Destruction. The old must move on, be they feeder lords or regions with their founders extinguished. At the very least, the game should not empower the old simply because they are not young. Such a thing has no basis in reality, and is folly.

The two classes recognised by Francoist Thought are the Feederites, who are the nations of their respective Pacific and seek to harness and work with the means of production (namely the Pacific region itself), and the Userites, who seek to exploit its fruits; by exploiting both the nations of the Pacific and the political structure set up within it to further their own political, military and social power.

The United Defenders League is a supra-regional organization. It represents not a region but a coalition of players from across the worlds many regions, united in their common creed. This supra-regional character is nothing more than an ultimate Userite vehicle. The lack of a formal region coupled with its military nature makes it a force accountable only to itself. This construct further allows members to claim un-infringed loyalty to their home regions, as the UDL is - to them - not a comparable entity.

In the Feeders, the UDL is manifest as a political interest group. The military network is injected into liberal feeder democracies, whose citizenship requirements are loose. UDL members can then vote each other into political power, in a practice known as regionwhoring. The majority of regionwhores are completely ignorant as to the condition of the region they are regionwhoring or the motives of the one they are electing. Most of them are not doctrinal or political in the extent of their superiors but mainly see themselves as helping out a fellow UDLer. Votes are easily solicited among the UDL on IRC, were regionwhores can be recruited to vote in elections they hardly knew were occurring in the first place.

This practice is furthered by the culture of victimization prevalent in defenderism at large, which does not recognize the Virtue of Destruction. A Userite hardly considers himself debated, he considers himself rightly accepted or wrongly victimized. In the North Pacific and the South Pacific, this is the prevalent condition of UDL candidates, and has resulted in more than one mental breakdown and raucous exit. The us against them attitude is easily taken from the battlefield to the political debates of GCRs, where UDLers will self-identify with a fellow UDLer being victimized in a debate, while remaining mute to the conditions of said debate in the first place.

Through regionwhoring, the UDL enacts defenderism on GCRs. GCR armies are not to be invader aligned, but will be neutral or defender leaning. Citizenship restrictions to combat regionwhoring must be resisted. Entry into or alliance with defender organizations must be pursued. In the South Pacific, Belschaft pursued entry into the FRA and largely ceased to be delegate following this failure. The UDLs office of Feeder Affairs contemplated UDL advertising and recruitment on the WFEs of GCRs.

In the South Pacific, the UDLs regionwhoring has granted us the elections of Topid, Belschaft, Unibot, and Milograd  all four in possession of failed records. The first constructed laws to facilitate his return to defending. The second was an absent delegate when not pushing the region towards defenderism and a weakening of the army. The third convinced the older (and influential) residents that young regionalist reformers  Hileville, Antariel, and Haxstree  were a menace and colored debate with his signature brand of self righteousness. The fourth has been a constant contender for the office of delegate, despite having an empty resume in government and showing no care when fellow Userites ignore the laws of the region.

In sum, these supra-regionals are not cosmopolitans as Unibot would have them rebranded. They practice nothing more than forum capture. Like any interest group, the UDL subverts democratic institutions to further their own ends. Many a leader in feeder government is not accountable to their region; rather they are accountable to this travelling band of regionwhores that elected them into office.

This is their greatest crime, and it is why the regimes of Topid and Belschaft saw decline in the South Pacific. It is why the Rejected Realms is dead with Whambama at the helm. If TRR was to suffer an invasion now, it would be UDLers from Osiris and Userites from Equilism who would be at the aid of the delegate, not his residents. Whamabama has no accountability to his region, which is kept in political darkness. He does not solicit their involvement, nor does he owe his delegacy to them. The UDL endeavors to shackle the feeders to their agenda, by subverting their institutions, electing their leaders, and tying them to a Userite agenda.

These Userite infestations are secured through similar means as Krulltopias continued rule over the Pacific. One player  Eluvatar  provides automated endorsement scanning of at least three GCRs.

Indeed, the supra-regional nature of the organization is best evident in the UDLs Intelligence Services. GCRs, founderless regions, persons of interest, and the WA happenings are all scanned, scraped, and sorted in an automated fashion. In a supposed protection of freedom, justice, and democracythe UDL has established itself as NationStates big brother, the all seeing eye. This technological terror is a menace, primarily because it facilitates the resistance of natural trends  by putting dead governments and regions on automated life support.

“In reality the old regime was, above all, based on cronyism and subservience to foreign powers. Inside The Pacific their state apparatus stood as a separate entity to the people  endeavouring always to exist above and out of reach. Leading officials would pass power around amongst themselves, occasionally throwing up illusions of Pacifican participation, but invariably serving only their own narrow interests and those of their masters. This is of no surprise when we consider their defining feature  that they weren’t Pacificans themselves! Though resident inside Pacifican territory, and though they made all the sounds they felt necessary for their regime to survive, their actions shone a light on their motive: they were an occupying force. Their small circle of friends and advisers came from groups outside of and unaffiliated to the population they ruled over, and held in such contempt, and so it was that their actions reflected interests entirely contradictory to those of the Pacifican people.”

Krulltopia possesses a monopoly of influence. Unlike Hileville and post-Belschaft regionalists in TSP who had to fight Userites tooth and nail to attain reforms, Krulltopia faces no challenger.

Yet the Pacific is failing.

While Userites reached new heights with the UDL, the Pacific does nothing. When the buffoon Sedgistan invaded the South Pacific, there was no Pacifican Army to defend a fellow GCR. They left the South Pacific to succumb to a Userite infestation. When two new GCRs were created, the NPO was on the sidelines while raiders and defenders clashed, and Osiris fell to one of the oldest Userite coalitions in the game.

Krulltopia has spit on the legacy of Francos Spain. He gives no answer to Userite defenderism. While the armies of the North Pacific and now the South Pacific will face attempts at a defender pivot, he does not seek to politicize raiders in Francoism or marshal the resources of a feeder to any action.

He logs in, scans the region, collects influence at an unrivaled rate, and moves on. He is the greatest sinner in the mind of a true Francoist, for he has hijacked the greatest political legacy in the game and has left it to rot. He does not recruit, does not educate his residents, and is delegate of nothing more than an ignorant region and a closet of skeletons.

Krulltopia serves only himself and has ceased to pursue the advancement and betterment of the Pacific. Yet can not contemplate standing aside.

The Pacific is occupied by a Userite.

He has reduced Francoism to Francoterrorism, by depriving true Francoists of the support of their mother region.

No feeder delegate could so easily and unilaterally alter their region for either good or ill.

Krulltopia has simply elected to do nothing, and so he sins.

The best defenders of Feeder liberty and sovereignty are not the UDL regionwhores, they are the Raiders. Raiders should look to involve themselves more in feeders and not let the UDL regionwhores leverage feeder advantages (such as automatic recruitment and large non-updater pools) to create large Userite armies. Raiders should look to adopt Francoism in the feeders to arm themselves against defenders while insuring they do not simply become a mirror sort of Userite.

Feeders must pursue stricter Citizenship requirements and recognize that opponents to such are likely UDL members. Not mandating WA presence allows regionwhores to get elected with no accountability to you or your residents, only to their regionwhore constituency. Recruit from your own residency pools and founding nations, and create strong, sovereign feeders with no outside restrictions on military exercise.

Administration must address the faulty influence system in GCRs and greater concern should be placed on the ability for scraping/scanning networks to dominate the game.