Factbook of the Asendavian Empire

Welcome to the Factbook of the Asendavian Empire 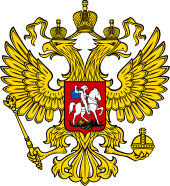 Coat of Arms of Asendavia

The Emperor of Asendavia is the head of state, head of government and commander-in-chief of the armed forces. When the Emperor dies, his eldest son, the crown prince, will become the next Emperor of Asendavia. If the Emperor has no sons, than the title will go to the next eldest brother, or his next eldest brothers eldest son. If the Emperor has no sons or brothers, than it will go to his uncle, or the uncle’s eldest son if they are dead or incapable. Failing all of that, it will go to the closest male relative that is of the House of Harstad.

Political parties are allowed in the Imperial Diet, save for the members of the clergy, as they are forbidden by law from joining any parties. Some of the largest parties include the Asendavian Nationalist Union, The Ademarite-Celanite Coalition, Citizen’s Union, and the Centrist Alliance. Other parties in the Magisterium include the Syndicalist Confederation, the Alliance of Social Democrats, Framover, The People’s Movement, and the Humanist Party.

The High Court is the highest court in a hierarchy of courts that form the judicial branch. The 11 members of the High Court are appointed by the Emperor.

The age of adulthood in Asendavia is 16. This allows a person to marry and vote for a representative in the Magisterium. It also gives one the legal capacity to enter into contracts with parental/guardian consent. The age of consent is also 16. Drinking alcohol and smoking in public are legal.

Homosexual marriage is not recognised. Marriage is restricted to a consenting adult man and woman. Men are also allowed to have multiple wives. Adultery, prostitution, and fornication are legal. Execution is a legitimate punishment. Banishment, forced labor in one of Asendavia’s labor camps, and corporal punishment are forms of legitimate punishment as well. Community service, detention and fines are legitimate forms of punishment for light crimes and first time offenders.

There are two layers of courts: trial (inferior) and appeals (superior). The judge (or group of judges in appellate courts) uses common sense, precedent and statues to interpret and apply the law. Adversaries present written or oral evidence and cross-examine witnesses to refute or support a charge.