(Terranova City Government Building, the General Salem Saberhagen approaches to the conference meeting room, with a self-confidence and a lot of medals on his uniform he is not afraid of anything after all those years training in the Wikichang armed forces the fear is not something real for him.)

General Saberhagen (replied Kuvira Chang with some sarcasm in her voice) I see you finally showed up, what a wonderful surprise, I thought the Defense Minister and Commander of the Defense Forces was too Busy to attend this meeting.

(General Saberhagen remained silent, and replied slowly) Im terribly sorry Madame I have no excuses for my delay.

(Kuvira crosses her arms and says) Well now that we all are here, we should begin and stop wasting my time, and the time of everyone in this room, ZHU LI! (Exclaimed Kuvira), Please inform the situation for which we all are here today.

(Zhu Li turns on the Holoprojector and starts explaining) A few weeks ago, several independent states formed across the continent and they now proclaim themselves as Nations, we tried to establish contact with their leaders but apparently they were too busy with all the post-independence rebuilding. We sent some drones to explore this new nations and we found out most of its citizens live in extreme poverty, human rights are violated every day by the authorities and thousands of illegal citizens leave this so call nations in order to enter the United States of Wikichang.

(Kuvira stands up and starts explaining)
Thanks Zhu Li, And now you all are informed about what is happening outside our borders, I need ideas to stop this massive immigration, those people represent a problem for our sovereign country, as long as they bring more and more uneducated people and even worst they started a black market for drugs and guns, the Wikichang police stopped the guns trafficking but the drugs market is growing and all because of those incompetents leaders that cannot feed their own citizens and dont move a single finger as long as they can spend the nations money as they wish.

General Saberhagen (punches the table and exclaims)
This is outrageous they are taking advantage of our continental open borders, I propose that we invade them and remove those leaders from the power that will work! With our superior army they will surrender under our power, then we can move all the immigrants back to their country.

You propose what! (Yelled the First Minister Jake Simpson) How can you propose such a violent act Wikichang is a pacifist nation and a war against poor nations is absolutely not the BEST OPTION! Maybe we can arrange something that would help nations like Oynyenuan Free State to develop faster so the immigration rate slows down. Why dont we start by sending financial aid or vaccines and doctors to the most needed nations?
I have a list of the new nations (he pulled the list from his briefcase just the old fashion way and started reading out loud)
Genosha- Capital: unknown
Oynyenuan Free State- Capital: Dhana- Ozak
Transmaas- Capital: Ermelo
Equatorial Kundu-Capital: Bitanga
Nambutu-Capital: Unknown
Tsumebia-Capital: Unknown
Matamba-Capital: Unknown
The Predominance-Capital: Norentia

Thats a lot of new nations! (Exclaimed the President Alan Chang from the Holophone still in the Research Facility), even when most of the immigrants according to the numbers choose Wikichang instead of other nations within the Continent like the Empire of Xoriet or closer to it like The Federal Republic of Rhodesialund that just mean one thing, (everyone started to look each other waiting for the argument) Wikichangs Social Welfare is working! There is no hungry within our borders and almost all services are free, thats why all the poor citizens in this nations look after Wikichang, they can have a decent live in our nation, unfortunately they arrived the country sick, uneducated and most of them with addictions. And that just creates crime.

(Kuvira responded) Thank You Sir for that political speech but that just gave us the origin of the problem and not the solution, we must act NOW! Every day crime is growing with this flow of people and as you stated before we are the most affected nation. Giving away Wikichang resources wont help at all, the corrupt leaders will spend our money in themselves. I believe we need help from other advanced nations in order to find the best solution.

Zhu Li! Send right now a telegram, e-mail or whatever it takes for the other leaders to get involved.

To whom it may concern:

Respected World Leaders,the current Head of State Kuvira Chang, sends you an invitation to attend the First immigration and Foreign Aid meeting to be held in Terranova City in January 10 2015

We expect your soon response.

Jake Simpson.
First Minister of The United States of Wikichang 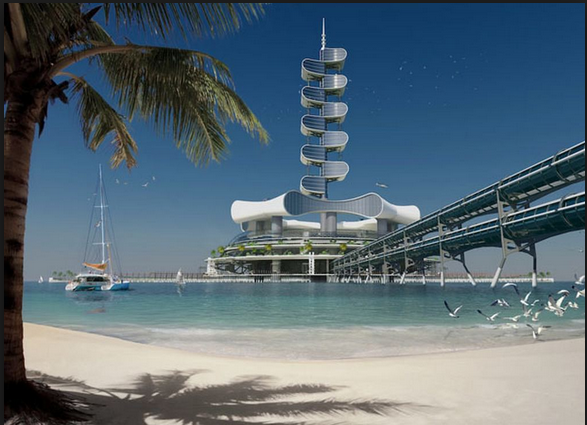 Jennifer Clarke Reporting from the Grand Pacific Hotel where the First Foreign Aid and Immigration Meeting has just officially begun.

Wikichang’s most important figures are now debating inside the building about what measures should the nation take against the massive immigration that followed the creation of the new western countries,
The woman’s Party see this as an opportunity to allow foreigners to get the citizenship, but the Men’s Party refuse this and is willing to close the land borders and put strict military control over them, some people argue that the general Salem Saberhagen is promoting the idea of return all foreigners to their original country with massive deportations, but apparently only a few ones agree with the Minister of Defence.
The international authorities absense was noted, however the most affected nation still is Wikichang.

In Wikichang, the scope of the anti-immigrant movement known as the Patriotic Wikis against the Immigration of the Occident - known under its Wiki acronym PAWIO - continues to gain momentum.

According to initial estimates, 10,000 people took to the streets in Omashu, In Mexicali and New New York. However, reports indicate that only a few hundred PAWIO demonstrators turned out for these protests.

The United States of Wikichang
Department of Foreign Affairs

The aim of the regulation is to establish the conditions and procedures for issuing visas for short stays in (maximum of three months during any six-month period) and transit through the United States of Wikichang.

non-USW nationals who hold a local border traffic permit;
non-USW school pupils who are residents of a State and travelling with their schools for the purpose of a school excursion;
Recognized refugees and stateless persons who hold a travel document from the State in which they are residing.

The following persons may also be exempted from the visa requirement:
school pupils that are nationals of a ICRN country whose nationals require a visa, but that are residing in a non-ICRN country that are travelling with their schools for the purpose of a school excursion;
recognized refugees and stateless persons residing in and having a travel document from another country exempt from the visa requirement;
holders of a Council of Nations (CoN) identification and movement orders, and members of the armed forces travelling within the framework of CoN or Partnership for Peace operations.
An exception to the exemption from a visa requirement may also be made for persons who perform a paid activity during their stay.

Principle of reciprocity: breaches by a non-ICRN country
Any citizen from a country non-included in the ICRN List can enter the United States of Wikichang visa-free. Within 90 days after the arrival and up to 6 months.

Statements:
I-A. All the citizens from the previous nations now will require a visa and a Universal Vaccine must be applied before entering The United States of Wikichang according to the new Border Legislation approved in the First Foreign Aid and Immigration meeting on January 10 in the current year.

II-A. The citizens from all the already mentioned countries currently living in the United States of Wikichang can stay legally in the country, once they have taken the citizenship test and they agree in the implantation of the Biochip. If this conditions are not fulfilled by the citizen in question, he or she would be deported back to its home country within the next 24 hours.

III-A. Non-citizens with children born in The United States of Wikichang are eligible for citizenship. As long as they fulfill the previous requirements otherwise they can’t leave the country until the oldest child reaches 18 years old.

IV-A. Citizens from any ICRN with a criminal record will be deported immediately or according to the crime committed.

I-B. Only Teachers, Specialized workers or students currently in The United States of Wikichang and nationals from an ICRN are eligible for citizenship.