Military of the Oan Isles

The Military of the Oan Isles

The armed forces of the Oan Isles are called the Defence Forces of the Oan Isles. They are made up of three branches and three sub branches, responsible to the democratically elected government for the projection of her power and defence of her allies, territory and interests.

This thread will contain information on this force and other factors surrounding it to give clarity to the Military of the Oan Isles.[edit_reason]Stats[/edit_reason]

Defender of the Oan Isles

He has the power to declare war, but only the National Assembly can deploy manpower and appropriate the money to raise capital for the armed forces. The Defender has limited power to deploy special operations troops and capital in limited combat and espionage roles.

He has the power to declare marshal law in the event of an emergency, upon the confirmation of the Supreme Court of the Oan Isles.

Navy of The Oan Isles

The Navy of the Oan Isles is the marine component of the armed forces.

Oan fleets and troops are mostly presently deployed in Oan territorial waters. When the Central and Eastern Fleet are fully active they will be deployed to the area between The Oan Isles proper and Gondwana. Upon the eventual colonisation of the South West Gondwana, a small group will be stationed in the Gulf of Gondwana.

In 2017, General Oaluoa Uye attempted to deploy troops to further Oan expansion, but failed to gain the necessary legal authorisation or financial support and wad stopped around the 180 degrees longitude line. This was called Operation Conquer Gondwana. A map of the present and proposed deployments will be published herr soon.

The Navy is made up of five fleets. Each fleet has a specialised function and geographic distribution.

The Western Fleet is responsible for combat. It currently absorbs the bulk of the expeditionary role. The Central and the Eastern Fleet are currently planned and are coming into fruition. They will be completed in a short time. The core of the Western Fleet (and as the planned fleets will also have) is the air craft carrier strike group. The TOIS Salvation is currently the only air craft carrier. It is a Commonwealth Class ship according to the design designation of the company that produced it. It is supported by a number of ships such as destroyers and cruisers. Other strike groups are organised and deployed in a similar fashion. The construction of the TOIS Liberty and the TOIS Justice nuclear air craft carriers will significantly expand the expeditionary capabilities of the Oan Defence forces. The ability to deploy over long distances and long periods of time has been a major drawback. The Liberty and Justice ships will expand the ability of the Navy to deploy over long distances and periods of time and allow more manpower and materiel to be moved than ever before, especially where the Oan Isles’s expansion into the Central and Eastern parts of the Pacific is concerned. The Home Islands of the Oan Isles are, however well defended.

Small groups of fifteen to twenty vessels among which are destroyers and cruisers are deployed evenly under the main fleet headquarters which are housed in one of three naval bases. These small teams or strike groups help to project power of a large area, moving quickly and effectively. Because conventional invasionary war has never seemed like a likely possibility, the Western Fleet has focused on prevention of war.

The Second and First Coast Guard Fleets form the rudimentary concept of a “Coast Guard”. They are largely used for non combat operations against another power at sea. They are focused on law enforcement, search and rescue, disaster relief, counter terrorism an piracy and anti poaching. This means that they largely work in tandem with civilian bodies such as the Police, Border Patrol, Emergency Services and Anti Poaching Service, while remaining an entirely military entity. They provide most of the support function of the Western (and soon to be Eastern and Central Fleets) such as transport, medical help and replenisment.

The Amphibious Fleet is responsible for highly specialised operations in a plethora of situations. If forms what is known as the Marines. Unlike the other parts of the Navy, it has aircraft which it uses more freely and directly than other components can. It forms the main muscle of the Special Operations Command or SOCOM which handles very difficult situations that might prove more tricky for other bodies to get their heads around. It has the power to work on land, sea and sky, but mainly from the sea.

It currently has 133 ships (including commissioned and auxilliary vessels). It has 53 planned ships. It has 46 submarines and plans to double this in two years. The Shipyards of The Oan Isles is responsible for building ships for the military.

Seacraft of the Defence Forces

All foreign imports of ships were discontinued in 2014, when the Shipyards of the Oan Isles was established. It has been commissioned to produce several ships for the Navy, which will be completed soon. The Shipyards have factories in numerous areas of the Oan Isles. A new facility is being constructed on Tranquility Island. There are presently three factories: in Port of the Rock, Crystal City and Heavenly City. Due to the pollution and lack of space in Pory of the Rock, some of the work will be outsourced to the new 4 billion USD facility in Tranquility City. The Shipyards of The Oan Isles does not supply foreign countries, but it is exploring the possibility.

This list is not complete and will be updated as the Shipyards of The Oan Isles provides more information.

The RCS (Royal Commonwealth Ship) Commonwealth class is a class of nuclear aircraft carriers designed by Royal Beaufort Shipwrights Guild [RBSG]. The Commonwealth Navy of Yohannes and more than 50 navies of foreign nations have operated the class since 11 June 2000. Two Weilmfontein AR-14D nuclear reactors and four C3N Dunedin propeller shafts powered the Commonwealth Class, allowing her to accomplish a nautical maximum flank speed of 30 knots, and giving her the ability to sustain a stabilised cruising speed of 19 knots. With a total load displacement of 100,800 tonnes, LOA of 340 metres, LWL of 322, EB of 79 and WB of 41, the class has the capacity to carry 5,000 maritime personnel and up to 90 aircraft. http://forum.nationstates.net/viewtopic.php?f=6&t=148123

Air Force of the Oan Isles 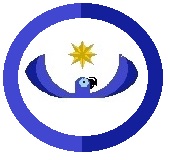 Aerial warfare presents many challenges. It requires that the Air Force equip itself with multiple aircraft to exercise its duties. It operates both rotary and fixed wing aircraft. It uses these for both combat and noncombat roles both on and off the battlefield.

The Skyguns of the Oan Isles produces fixed wing combat and non combat aircraft which the Air Force uses. It produces attack planes which are armed with rockets, guided missiles, machine guns or cannons. Some planes have antiship and antisubmarine missiles with varying abilities to penetrate the hull and shell of a seacraft. The Skyguns also produce limited bomber aircraft. The government is reducing their number and significance. They drop bombs onto a specific target. The Skyguns also produce transport aircraft to move infantry, artillery and other supplies. Some planes have medical instruments and equipment and provide limited treatment and transport for the injured and sick. Some planes are designed to collect intelligence and conduct espionage. Some planes are built to refill other planes. They hold fuel or electricity for planes whose fuel supply is running low to refill from and continue an attack operation. These planes can be both unmanned and manned. This means that they may require a pilot inside of it to fly or can be operated remotely. The Air Force hopes to automate as many of its planes as possible to reduce manufacturing and maintenance costs and loss of life.

The Air Force operates a variety of helicopters used for transport, attack, reconnaissance, search and rescue, and medical situations. There are single, dual and triple rotor helicopters. Triple helicopters are being preferred over dual and single helicopters (which are gradually being phased out) because of their operational simplicity. There are armed and non armed helicopters. Attack helicopters (and other major helicopters which must defend themselves or perform a dual function) are generally armed with machine guns, air mine deployment guns and, in rare situations, relatively small missiles. Some helicopters are specifically military dedicated, but many are ordinary civilian helicopters which are retrofitted to achieve roles required by the air force. The Airfields of the Oan Isles produces civilian helicopters (which are then armed and retrofitted by the Gunsmiths of the Oan Isles and other companies) and dedicated military helicopters for the air force.

The Airfields and Skyguns work closely together to manufacture aircraft for the Air Force, so it is poasible to identify many similarities. They are agencies of the state and have explored, but have not attempted, to produce aircraft for other countries. The Skyguns and Airfields jointly operate factories in Crystal Island, Serenity and Heavenly Island.

Aircraft of the Oan Isles

The Oan Isles has a number of air craft that the armed forces use. The Air Force is dedicated to air warfare while the navy and army have aviation components. The Air Force has 1,200 aircraft, the navy has 750 air craft while the army has 970 air craft, mostly helicopters. The air craft are produced by the mostly civilian Airfields and mostly military Skyguns of the Oan Isles.

This is a list of the aircraft operated by the Defence Forces and will be expanded as necessary.

Army of the Oan Isles

The Army is responsible for land based warfare. Most of the Oan Isles is covered in mountains and forests and most of its people live in densely populated cities and much of the Oan Isles is made up of islands. This means that the army must be agile and fast. This puts contraints on its power and maked conventional warfare slightly difficult, but this makes it exceptionally equpped for urban and guerilla warfare.

The army has approximately 150,000 men and women and 10,000 vehicles such as tanks, howitzers, trucks and so forth. Its troops are trained to in hand-to-hand, blade and projectile weapons combat roles and some become pilots for the aviation and riverine components of the armed forces.

It is led by the Marshal of the Fields. It has a close knit structure and often tries to build strong personal relationships to ensure the effectiveness of the group as a whole. Many troops are deployed or stationed in a limited area for a long time.

The Army values stamina, strength, agility and intelligence. The entry tests are rigorous and the training is difficult. It combines body building and power with stamina training such as running, agilith in both combat and non combat such as by introducing mandatory ballet and in intelligence by such as by introducing fear and pain tolerance programs, and strategic skills. Training can take two years.

The Army has a large component of its time and resources devoted to the welfare of its soldiers. Throughout the Home Islands of the Oan Isles there are a system of tunnels, underground barracks, workshops, clinics and weapons, munition and supply depots in which weapons are stored. This allows the Army to effectively repel invasive foes and maintain combat operations for an extremely long time.