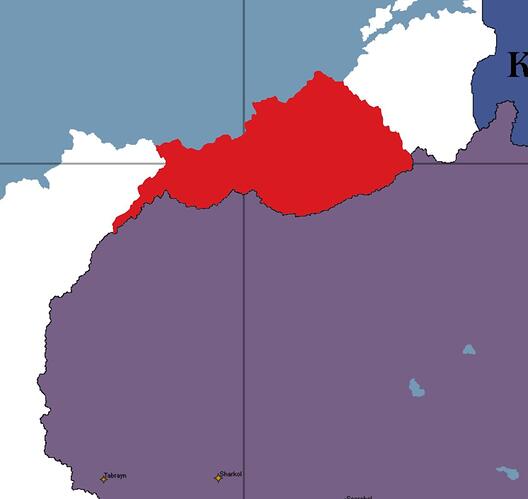 Historical Summary: A brief overview of your nation’s history.

Early settlement of Musetszna was done in the early 3th century BCE coming from Borea, primarily settling around the coast before moving more inland in the 4th century BCE. The early culture at the time was primarily an agricultural one, revolving around Yaki products such as wool, milk and later cheese. Cheese was heavily associated with the wealth of a particular village, creating a culture of villages challenging each other with creating the most and tasteful cheese. The culture of cheese has a lingering influence throughout the history of Musetszna, now being seen as a symbol of national pride and wealth.

Musetszna Akuan Federation, was a collective of the various smaller federations and villages formalized in the early 8th century BCE. Mostly as a method to encourage trade between the various factions within Musetszna. It created the center of administration and trade within the Federation, the modern day Øisteinsby. For the majority of history, the country was peaceful and had the various trade routes secured by the Ny’Sænuri clans that operated within the area. The clans acted as toll collectors as well as the primary law enforcement to insure fair practices. Mostly filling the role due to their outcast status and pro-centralization status.

Again in the 14th century, an issue with Packilvania arose. A plague of pirates, primarily coming from Borea pirates raiding the coast lines and harassing the shipping lines. The Mustetines people unanimously declared independence and refused to pay tribute to the Meer of Sharkol. As a result, High King Duwal II orders an invasion to bring the country to hell. The invasion failed, due to Ny’Sænuri targeting the water and supply convoys in Shakar rather than taking the invasion head on. With only two direct engagements ever recorded between the invasion and the Ny’Sænuri clans.

Late 15th century ended with another, more successful Packilvanian invasion which lasted until the late 16th century. However the era saw the rise of a monarchy, an effort on behalf of the Packilvanians to bring the unruly and “uncivilized” peoples of Mustetines under better control. Creating the Huset Til Mus with the first prince being Øistein the Ist. The Principality lasted until another Packilvanian invasion in the 1950s led to a backed socialist’s organization of the country, which overthrew the beloved royalty. The short lived Mustetine Democratic People’s Socialist Republic was declared but ended decades later in 1971. Bring back the Principality and the royal family.

In the Modern Era, the country is still heavily dominated by Packilvania economically, with much of its trade going to Pax and several of its large ports being leased for 99 years to the various Packilvanian business and nobility. Additionally it acts as the only Akuanist country within the Paxsphere of influence as opposed to the majority of cases where Akuanists fall more under the Norgsphere of influence. Creating an internal debate between Akuan organizations and groups about the treatment of Akuanists in Packilvania and those in the Norgsveldet and it’s former colonies.

Following a vote on 31st December 2022, this nation claim has been APPROVED by a vote of 6-0-0. Further votes will be amended to this post as they come in.