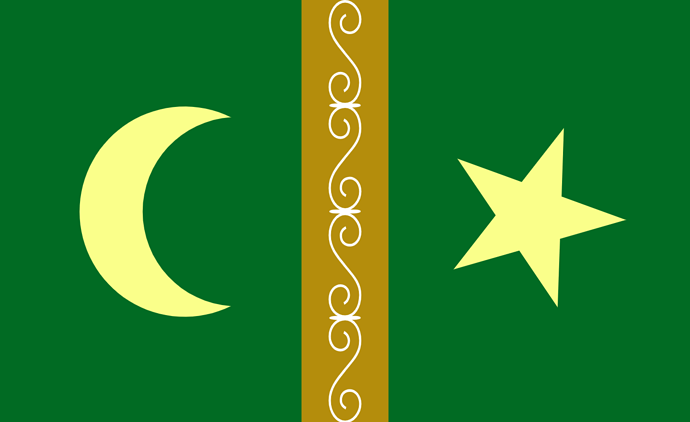 Demonym: Aldaari
Language: Luhya Asahri (Basically arabic with some minor differences)
Species: Majority human, but has sizable numbers of others that were lost in the desert and taken in by the Aldaari
Population: About 6.4 million, but censuses are infrequent and fairly inaccurate
Government type: A Theocratic Republic. The Mutadiit (Speaker) has authority, but is advised by three councils; religious, military, and civil, each made up of people elected by their respective castes who collectively hold the power to override the Mutadiit.
Leader(s): Mutadiit Yufraan Abdallah
Legislature: The Three Houses, in Mukarras
Formation: Originally 1610, but collapsed and is being revived now in 2022 by a new Mutadiit with great support from the people

Historical Summary: Historically, the central deserts of Arcturia had always been home to people - disparate tribes of travelers and survivors who knew how to brave the seas of sands and dust. And for as long as can be remembered, the people had called this desert Aldaarnu - “Our home.” The desert was harsh, but to the tribes, it was all they had known. The Aldaari, as they would collectively be known, lived by one central tenet - help those in need. And so, they did. Where other countries would cast their exiles into the desert to die, the Aldaari took them in, asking no questions of their past, only providing for them, and expecting them to provide. In the year 1610, marked as 0 on the Aldaari calendar, a prophet arose named Suleiman Abdallah who led the people into a golden age which lasted for two centuries. However, their republic would collapse in the 19th century, after a series of questions over succession and a debate on how to deal with outsiders. At the same time, foreign prospectors discovered oil in the desert and private militaries began to take the land, using it for their own operations and suppressing the people and culture of Aldaar for their own purposes. And so it was for another 200 years - as other empires rose and fell, the desert stagnated under oppression and disagreement. But in 2022, 412 by the Aldaari calendar, a new prophet would rise, Yufraan. They once again united the people and drove out the corporations, and now they - and Aldaar - stand on the precipice of the modern world.