The 20th edition of the Sayqidi Festival of Melodies is to happen in early February 2023. Dates have yet to be announced, and so do artists.

Artists from all over Sayyed will come to Al Salarqa to compete against each other for the honor of representing Sayyed in the next edition of the Urthvision Song Festival. The selection process starts in November and ends in January.

LET’S LIGHT IT UP! 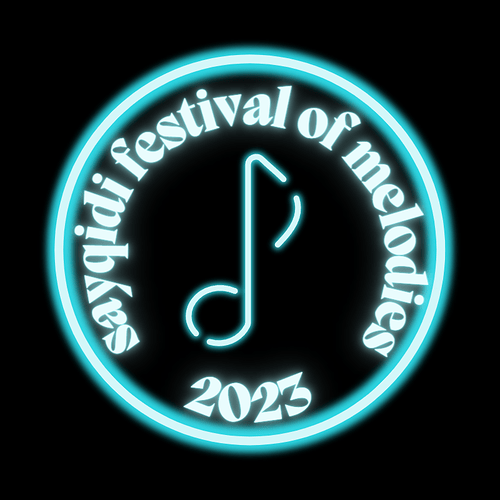 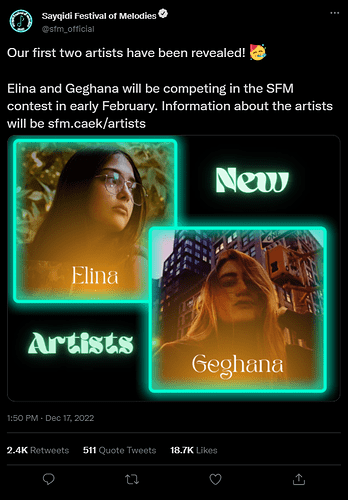 16-year-old Elina comes from the heart of Haraman. Coming from a musical family, she took up singing at a young age. She competed in local competitions, and now, thanks to one, she will be competing in the Sayqidi Festival of Melodies with the song “DANCE!”. Elina has been so kind to give us an almost 40-second clip of the instrumental to her song to show you all. We hope you enjoy it as much as we did!

Geghana is an up-and-coming artist coming from a small Aparapati town. After she moved to Haraman in 2017, she amassed up to 10k followers on Pigeon thanks to her busking. They supported her through her journey to compete in SFM. She happily gave us an almost minute-long clip of the instrumental to her song “SNAP”. We hope you enjoy it![/center]

More artists will be revealed, so stay tuned! 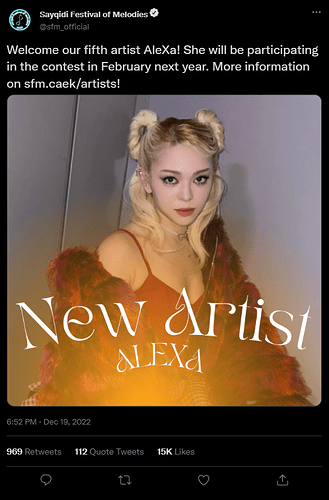 Alexa is an established artist from Quzou known for her Q-pop (Quzou pop) style dance. She has been kind enough to share with us a snippet of the instrumental to her entry “Wonderland”!

That’s the artist for today! Stay tuned for more! 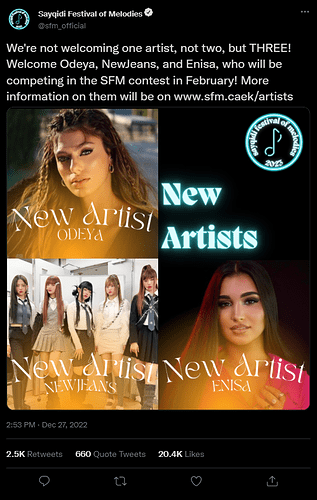 Odeya is a small-town girl from northern Khor Sha’aidat. She came to prominence in the big city of Al Salarqa singing in her native Sha’aidari tongue of Ridarakhi. She, along with her long-term friend, David, will be performing with their song “Fall For You”.

Coming from Quzou is this young and up-and-coming girl group! The group includes: Rubie, Lorida, Emilia, Seon-mi, and Aria. Their song is one in Quzoqi, called “Hype Boy”!

Al Salarqa-born Enisa has been singing and songwriting since she was eight years old! The now twenty-five-year-old will be competing with the song “Green Light”!

That’s all the artists for today! 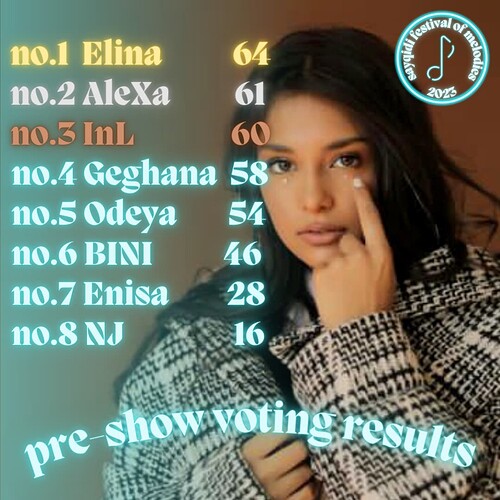 Congratulations to ELINA for winning the pre-vote! Let’s hope she does well during the show! 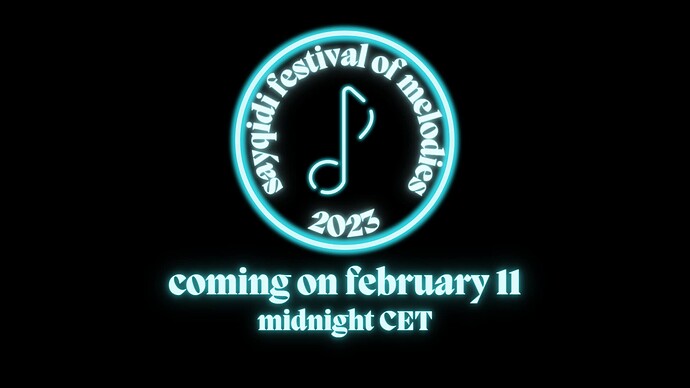 You heard that right! The annual Sayqidi Festival of Melodies will be held on the eleventh of February, midnight CET! Save the date!

date and time is subject to change