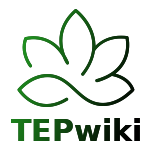 Hello all! I would like to introduce everyone to a side project that started in our roleplay community when NSWiki was out of service for a couple weeks that would provide a backup for our general nation profiles and as a couple weeks went by it’s now leveling up to a community-wide project!

This is not the first time TEPwiki has graced our community once before as it lived during the ZetaBoards time in the University of the East Pacific where select people could freely edit all the area under the [mention]Bachtendekuppen[/mention] Memorial Library. That program was not as successful as I would have liked but I think that might have been because it was a poor man’s wiki. I had another similar project before the Tapatalk migration I was working on called TEP Guides with a similar goal but with the migration and other issues that happened within the community during that ended up having me cancel all side projects with the exception of our short links to refocus on those two things.

TEPwiki will give us an opportunity to turn it into a library of our laws, history, and anything The East Pacific in an open and community driven way. While I understand a lot of this can be accomplished in a weird forum way but as I’ve discussed with the roleplay team when we started TEP Evolve reset… I believe that certain areas like the OOC section will end up going away (in this example Nation Creation and Discord will replace it) and that the future is to augment the forum, discord and wiki together. Overall to keep a healthy community we need to cut the dead weight and find what works for that section with another tool. And there’s a section of the forum that could greatly benefit from some activity this could bring to it. looks around