The Republic of Allegheny

these posts no longer apply to my nation please see my wiki in the link provided.
map still applies to my country.

The seat of Government the Senate, Supreme Court, and The President’s office is located here. Once the seat of the Penn Confederation, the most powerful faction at the time, it has now been established as the Alleghenian Republic’s capital city. Sacked several times between 1920 and 1930 for it’s strategic position on the two main rivers of the Allegheny region, Pittsburgh now houses many of the political and business elite and also is the shipping and receiving hub for many Alleghenian industries. Pittsburgh houses many conventional weapons designers who outsource weapons testing to the eastern regions. 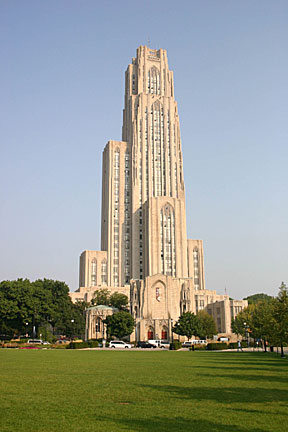 Penn tower houses the senate chambers and many of the offices of the senators, the upper floors consists of the Presidents office and apartment if the first family should decide to use it.

Drexel City is the most populated city in Allegheny containing over five million people. Suffering from overcrowding crime is common and the police are corrupt. The city is also famous for housing many large pharmaceutical companies and bio-engineering firms. Many human ethnic groups are packed into the city creating a melting pot of culture and racial tension.

Clairton is a relatively small city built on the river. Many steel mills and Coek works are located within it’s limits, environmental laws are almost non-existent causing the red hues in the sky and large clouds of smoke. People who live here wear breathing apparatuses when walking outside or working and their apartment blocs are pressurized and feature air filtration units, however due to hazardous conditions life expectancy is still considerably less than the people of the western regions. Unemployment is non-existent in cities like Clairton as plants,mills,and mines are always looking for workers here, the pay is lucrative but the jobs are extremely dangerous.

The union march was a victory march written during the Vekaiyun invasion of 1985. It currently remains wordless and will most likely stay that way. Citizens are expected to stand hand over heart and soldiers will salute. Usually played during the raising of the Republic’s flag. 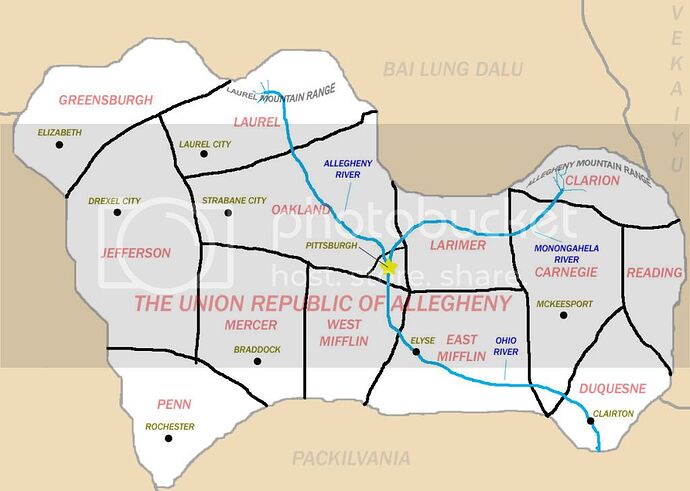 New history being written in collaboration with Todd. stay tuned.

read notice on the top.