Calling Code: URC
ISO 3166 code: UR / URC
Internet TLD: .urc
Historical Summary: Various native Cappedorite tribes inhabited the lands around the Driftwood Harbour since antiquity, and tribal kingdoms sprung up in the southwestern region of Cappedore during the middle ages before the accidental arrival of ---- settlers in 1609. Before its establishment as a republic, Cappedore existed as a tributary Archduchy state to the (insert colonial empire here), with 5 of its 15 present day states existing as sub-duchies within Cappedore. The nation would eventually gain its independence from the ---- in 1730, but for nearly a century failed to expand into the new lands, as native forces in the area were far too strong in numbers for the underdeveloped Archduchy of Cappedorite States to handle. It wasn’t until 1812 when a revolution sprung up in Cappedore and with the help of other states managed to expand, leading to the creation of brand new states. 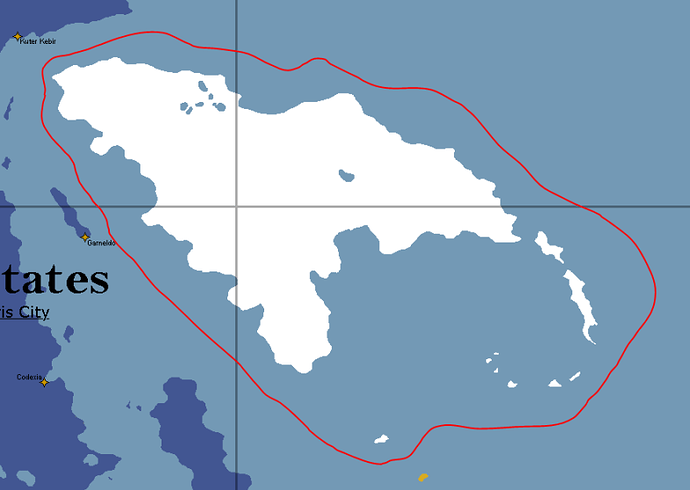 Following a vote on 23rd October 2022, this nation claim has been APPROVED by a vote of 6-0-0. Further votes will be amended to this post as they come in.