You are here because your Pre-Expansion Briefing Room form has been accepted by the Cartography Team, and you have now progressed to the second step in our Expansion Claims system. This will combine elements of the old Expanding Your Nation? Reserve Your Spot! thread and the Nation Registration Guide. If you have NOT been to the Pre-Expansion Briefing Room first your expansion thread will not be considered valid. For that service, click here. Alas, let’s continue.

This thread will include the format for an Expansion Reservation Application which you will take to your own thread like Nation Creation threads. All expansion reservation threads made from this step guide MUST be formatted as such: [EXPANSION] Country (-remove where appropriate:- Extension/Territory/Colony), e.g. “[EXPANSION] South Hills (Extension)”.

Your thread will be a formal record of an area of white space, agreed in the Pre-Expansion Briefing Room, that you are aspiring to expand into or claim for a nation using a roleplay. This will be your “reservation” of white space for a temporary period of time so that no other player may claim that territory.

Your thread will include the Expansion Reservation Application in its first post, as found below. When your roleplay has concluded you will be required to finalise your thread with the additional format provided below.

Expanding nation: (e.g. “South Hills”)
Link to Pre-Expansion agreement: (Provide a link to the post where a member of the Cartography Team accepted your Pre-Expansion form)
Link to RP thread: (Provide a link to your thread if you have already started. Otherwise, come back and edit the post to include a link once you have started your expansion)
Area of reservation: (Provide the same map in your Pre-Expansion form indicating where it was we accepted for you to reserve. It does not need to indicate cities or a name)

Copy and paste the code below into a thread to begin your reservation.

My expansion thread has finished.

Additional material: (-remove where appropriate:- Any additional context to your Expansion Claim, such as but not limited to: TEPWiki article(s) or maps. This is not a required field)

Copy and paste the code below into your thread to conclude it. Please also reach out to a member of the Cartography Team of the Roleplay Moderator on Discord to let them know the thread is ready to be voted on.

Once you have made your reservation, that area of land will be reserved exclusively for your use for up to 60 calendar days (1,440 hours of real-time) from the date and time which you posted it. You must begin your expansion RP within this window of time to keep your reservation. If you do not, your reservation will lapse and the land will be open for others to claim.

Real-life stuff happens. If you have filed a reservation and something IRL has caused you to be unable to devote the proper time to your expansion RP, reach out to the Cartography Staff and we can “stop the clock,” meaning your RP would not be subject to the deadlines mentioned above. You must remain in communication with the staff in order for us to be able to do this. The last thing we want is to see someone devote long periods of time writing several posts to expand and then see that become invalid because they stopped posting and another user claimed the territory, but we cannot hold territory open indefinitely without communication from you, the person who reserved it.

If your reservation lapses, you will not be able to file to reserve that same territory again. If your reservation has lapsed, and you wish to ensure the territory you want to RP in remains unclaimed, the Cartography Staff will direct you to file an actual claim for the land as a separate country through the Nation Registration Guide. 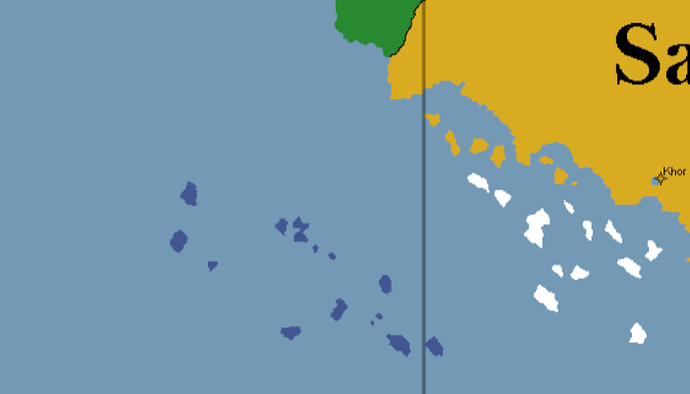